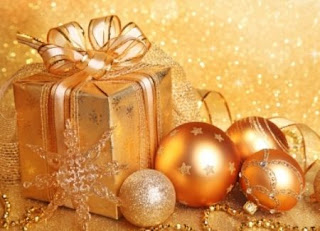 Christmas gifts can often alert an unsuspecting wife that her husband is having an affair. Usually it’s a gift the cheating husband buys for his mistress that gives him away. Such was the case in the real-life Christmas infidelity story below in which the mysterious disappearance of a hidden Christmas gift alerted this wife to the fact that her husband had been having an affair with her best friend.

NOTE: Names have been changed to protect the identities of the individuals involved.

While searching for a missing glove in the closet, Kim came across a small elegantly wrapped Christmas gift in distinctive gold foil on the back of the closet shelf. Thinking she’d accidentally discovered one of Lance’s Christmas gifts to her, Kim returned the gift to its hiding place, and eagerly anticipated receiving it on Christmas Day.

However on Christmas Day, there was no small gold box among the gifts Kim received from her husband, so she asked him if he’d forgotten one of her gifts. Instead of going to the closet to retrieve the Kim had accidentally stumbled upon, Lance said he had no idea what she was talking about.  Kim confessed that she’d found the small gold-wrapped gift. But Lance insisted there was no such gift. So Kim went to the closet to get the gift, only to find that it was had mysteriously disappeared.  The gift  was no longer in it’s hiding place and it soon  became obvious that Lance had given the gift to someone else.  A heated argument ensued.

Kim angrily stormed out of the house and went to her girlfriend Regina’s apartment to tell her about the disappearing Christmas gift, hoping Regina could help her figure out what to do.  But Regina had guests when Kim arrived, so Kim couldn’t discuss her dilemma right away.

Meanwhile, was Regina proudly showing her guests the Christmas gifts she’d received, one of which was a very expensive watch from the new “mystery man” Regina had been dating for the past 3 months.  As Kim patiently waited to speak to Regina alone, something caught her eye. Among the pile of discarded gift wrap near Regina’s Christmas tree, was a small crumpled ball of familiar-looking gold foil. It appeared to be the same distinctive gold foil wrapping paper Kim had seen on the small box she found on the closet shelf.  Taking a second look at the box Regina’s watch came in, Kim was fairly certain the box was the same size.

Making an excuse, Kim abruptly left Regina’s apartment, deeply disturbed by the thoughts that were now running through her mind. It slowly dawned on Kim that her husband and her best friend were probably having an affair. The more Kim thought about the situation as she drove home, the more convinced she became that what she suspected was true.

Kim burst into the house and confronted Lance, saying, “ I just came from Regina’s. You gave her a watch for Christmas. How could you cheat on me with my best friend?”  Assuming that Regina had told Kim they were having an affair, Lance confessed. Kim put him out that very same night.

It’s not uncommon for a wife to find evidence of her husband’s infidelity shortly after Christmas the same way Kim found out about Regina and Lance.

More Infidelity Information for You


To receive monthly infidelity-related information including tips, little-known facts, and practical advice from  infidelity expert Ruth Houston,  on dealing with all aspects of infidelity , send an e-mail to InfidelityAtoZ@gmail.com .
Posted by Ruth Houston at 10:59 AM

If you or someone you know has a real life infidelity story to share, send it to RealLifeInfidelity@gmail.com.
NOTE: Names of infidelity victims and cheaters will be changed to protect the identities of the individuals involved.

To receive monthly infidelity-related information including tips, little-known facts, and practical advice from infidelity expert Ruth Houston, on dealing with all aspects of infidelity, send an e-mail to InfidelityAtoZ@gmail.com .

Ruth Houston
New York, United States
Ruth Houston is a New York-based infidelity expert who is frequently called on by the media to comment on celebrity infidelity and popular infidelity issues in the news. Ruth is the founder of www.InfidelityAdvice.com and the author of Is He Cheating on You? - 829 Telltale Signs, which documents practically every known sign of infidelity, including the subtle signs people usually overlook. To interview Ruth Houston, call 718-592-6039 or e-mail InfidelityExpert@gmail.com